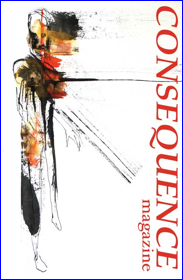 Mother says no. Warns you against it. Says you’ll regret the loss of freedom and couldn’t you just burn your bra like everybody else?

“Mother,” you reply, saying the word like you own it, “I know what I’m doing.” Actually, you don’t know what you’re doing and isn’t that the same as freedom? Making foolish choices is the whole point of youth. Life as one giant learning curve. Either way, you tell her, “Don’t you understand? We’re in love.”

What do you suppose she says to that?

“You’re twenty-three. What do you know about love?” Then she lays everything out for you, “You know what I was doing at twenty-three? Recovering from a war.” You keep telling her that you’ve got a war too. “It’s not a war—” she says, “—it’s a conflict.” In this modern era, you don’t have time for wars. You’re too busy being conflicted. “Twenty-three’s too young,” she says. “What kind of a wife could you be at that age?”

“Too young! Daddy and I weren’t married until I was twenty-seven!”

“Which means Dad was what—fifty? A hundred years old?”

Mother doesn’t appreciate this. Her response is curt. “He was thirty-four.”

“And I’m sure you were geniuses by then, the two of you.”

“We didn’t know a goddamn thing between us both,” she says. “We shoulda waited fifteen years.”

“At that rate, Mother, I’ll never get married.”

“Married,” she says. “You’ll get misery. With your whole life set in stone because you can’t sit still long enough to be reasonable.”

Be reasonable, she tells you. You’re already being reasonable. You fell in love and you’re getting married—it’s the very definition of reason. But she keeps saying that you’re going in blind. You wish she’d see it as an opportunity. If you know nothing, then you’re bound to learn. Anyway, she’s wrong. You know plenty. You know the wedding date: October 4, 1964; you know the date Robert ships out as a newly married man with you waving at the plane: October 10, 1964; and you know your due date: January 13, 1965. The two of you figured it all out together. And Robert is a history major, so he’s a whiz with dates. Every year, he remembers your birthday, Valentine’s Day, and the day you met. Can’t ask for more than that. Well, you could. But you won’t.

You have a list of things you would ask for if those sorts of things were up to you. One: A healthy, happy baby. Boy or girl, you don’t really care. As long as there are the right number of fingers and toes and holes in its head, it can have any sort of baby-making parts it wants. Two: For Mother to be honestly, truly happy when you inform her that she’s going to be a grandmother. And, if allowable, you also wish that she’d inflict as little guilt as possible on you when she hears the due date. Three: This last one’s for Robert. You wish all of his friends could understand that he’s still a pacifist even though he was drafted. He’s only being responsible. You would’ve gone to Canada, but with the baby on the way, you can’t afford to be reckless. Besides, what do they know? None of them have been drafted. Robert doesn’t judge their protest rallies—he’s organized peace sit-ins, for Christ’s sake. Whenever they bring it up, he just looks at them, legs crossed, and says, “We’re not resisting. We’re not resisting.”

He’s so damn smart sometimes, it kills you.

But it also worries you. You worry that his pacifism will hurt him over there. That he’ll have to kill something or someone. That he’ll break. That he’ll come back broken. Dad says there wasn’t room for that sort of soft touch in “The Great War,” like there was anything great about it. Robert smiles at this and tells him that the times, they are a-changing. That’s when Dad usually starts in, ready to tear everything down.

(Read the rest at Consequence)