What I would’ve given to have been a magician. 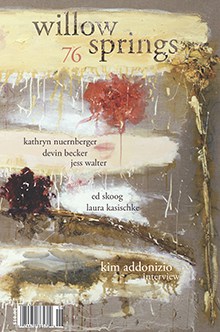 To say, “Now you see me, now you don’t.” But Tilly says I would’ve made the most inept magician the world has never seen. As my sister, she’s allowed to make that joke. I tell her that’s okay: it’s better to be an inept magician than an inept magician’s caretaker. I say it expecting her to laugh or to respond, “I think you mean lovely assistant,” but I’m not allowed to joke about ingratitude. I feel her disapproving gaze on my face. Whenever I know Tilly’s looking at me with judgment, my nose twitches. She calls me her little rabbit.

Like me, Tilly has heightened senses. Like me, it took her years to develop them. She learned not to treat me the way our extended family does. She’s the template I wish the rest of them would follow.

Cousin Amber: “I want to set you up with my neighbor. You two have so much in common—he’s legally blind!”

Tilly and I tag-team them. She starts. “Is that so. Well. What are we doing here? Let’s call him up. Quick, somebody dial, then hand Liz the phone.”

“We could listen while they plan their inevitable meeting.”

“They must be seen. The general public loves the handicapped.”

“It’s true. You should see me on buses.”

Tilly grasps my hand, a hundred percent excited, “You could take the bus to your inevitable meeting!”

“I could. I will. And you come too. Follow us with your phone. Record it so everyone can see.”

“We want everyone to see. Everyone.”

“Everyone. Everyone should see. And then, later, each of you can describe it to me. Tell me what we look like. Like grounded bats—”

Tilly laughs, deathgrips my bicep to communicate her hateful glee. “You made a blind joke!”

(Read the rest at Willow Springs)