Nominated for a Pushcart Prize by Newfound 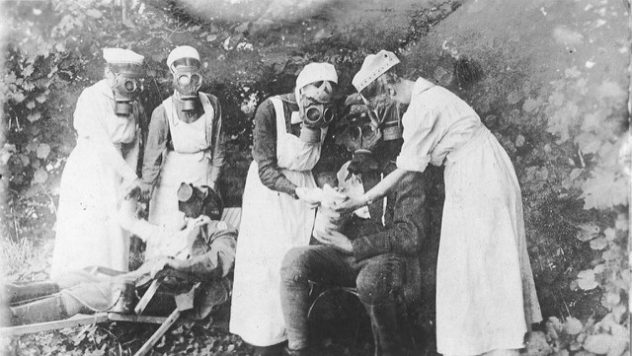 You’ve only ever had three real jobs: baby, student, nurse. Your Mom called you Baby from the day you were born to the day she died.

Babies cannot—and should not attempt to—make other babies.

Students who know anything about having babies are not actually students. They’re adults, moonlighting as students, studying out of boredom or desperation, reaching, overreaching toward a misbegotten notion that one day, their lives will be their own again. It’s cute, that notion.

Nurses always want babies—an occupational hazard of working in maternity—but really, you should get a hobby before attempting parenthood. You could start small, perhaps with gardening. If you can keep your plants alive for more than a month, then you can focus on growth. If you can get them to thrive, then you can test their mettle. If you can successfully transfer a potted plant to the foggy Californian plots of your long dead parents, and if you can get those plants to live for more than a year, then perhaps you are an exceptional human being who should be granted permission to breed.

The thing is, you are not exceptional. You kill plants. You invariably drown or neglect them. Either way, they die. The same would happen to you, if not for hunger pangs. Some days, you forget to eat. Other days, you eat too much. You are not a plant. You need more than water and light. In fact, you need more than food. You need stimulation.

You take up yoga.

It’s relaxing, people say, because you’re the type of person who other people tell to relax. You’re the type of person who gets instructions on how one properly goes about obtaining relaxation. You should take up yoga. It would help. Right now, you’re beyond help. You’re skipping yoga. You’re skipping it because it’s Saturday and, because you have more free time on Saturdays than any other day of the week, you’re fretting about skipping yoga. Free time does this to a person like you. You fret until you feel it’s safe to stop. When the time comes, you will go to yoga and you will relax.

Maybe the time will come tomorrow.

Then again, maybe not. It’s supposed to be humid tomorrow and the studio will be crammed with the Sunday overachievers, the ones that overcompensate for only coming once a week and, as a consequence, ruin the sessions for everyone else, but no one more than you. You’re the one who needs it most. Your hamstrings are perennially tight, your lower back made of cinched vertebrae and pinched nerves that stand on end when trodden on by inconsiderate Sunday tourists.

You could visit your parents. It’s been months. You should bring flowers. The plants can wait. Mom always preferred flowers to plants anyway. Things she made you promise: always bring flowers, always sit between them when you visit, always say something—she wasn’t a mind reader.

“Mom, remember that time you said, You never get the distractions you want, so you should make the ones you need? I always thought that was good advice. The thing is, though, that my made up distractions aren’t working so much anymore. So I figure it’s time to make new ones, right? But bigger distractions. More permanent ones. Maybe I should get married or something. Have a kid. But that feels fucked up, doesn’t it? Parenthood as distraction?” She doesn’t answer. Despite the number of times you ask for her opinion and the equal number of times she hasn’t replied, you still somehow expect her to say something. “Maybe I’m just overthinking the whole thing. Maybe I need to just go do it. Or maybe I need to switch back to ER work, where at least I’d be too tired to think. Then again, I could be doing recovery work in Afghanistan and I’d probably still find time to think myself stupid. It sounds sort of nice, though, doesn’t it? Stitching up soldiers—that’d be the life.”

Weaving paths between the dead to collect the dying, you would probably ask yourself: Do the soldiers look like siblings or couples? Are they in love or in arms? You might see some familial resemblance in what’s left of their faces, in the asymmetrical holes that expose molars and gum lines, redefining the phrase cheek to cheek. The way they’re lying there, feet askew, you’d think they’d died of dancing. You’d find a female soldier, prone against her mate, his face turned away from hers like both were looking for their lost limbs.

“He went from bowlegged to no-legged and she was completely disarmed.”

Because she lacked any hand to hold, you’d bind them at their sides. Your straight, subtle stitch leaves them looking natural, like they were born that way, this brother-sister, couple-soldier, mother-father being, half that looked enough like him that you would call it father and half that you’ll call mother since her face was blistered blank, thick and white as a callous.

“But they aren’t quite—”

—the way you remember or imagine them in death. You always pictured him in uniform, photo-real and perfect. His laugh, always silent in portraits, you recreated in your own and you can hear it now on a battlefield where no one’s ever walked but you.

(Read the rest at Newfound)